Mobile-First Indexing: What Should You Do?

HomeSEO Mobile-First Indexing: What Should You Do?
March 13, 2020 by Search Engine Notes SEO 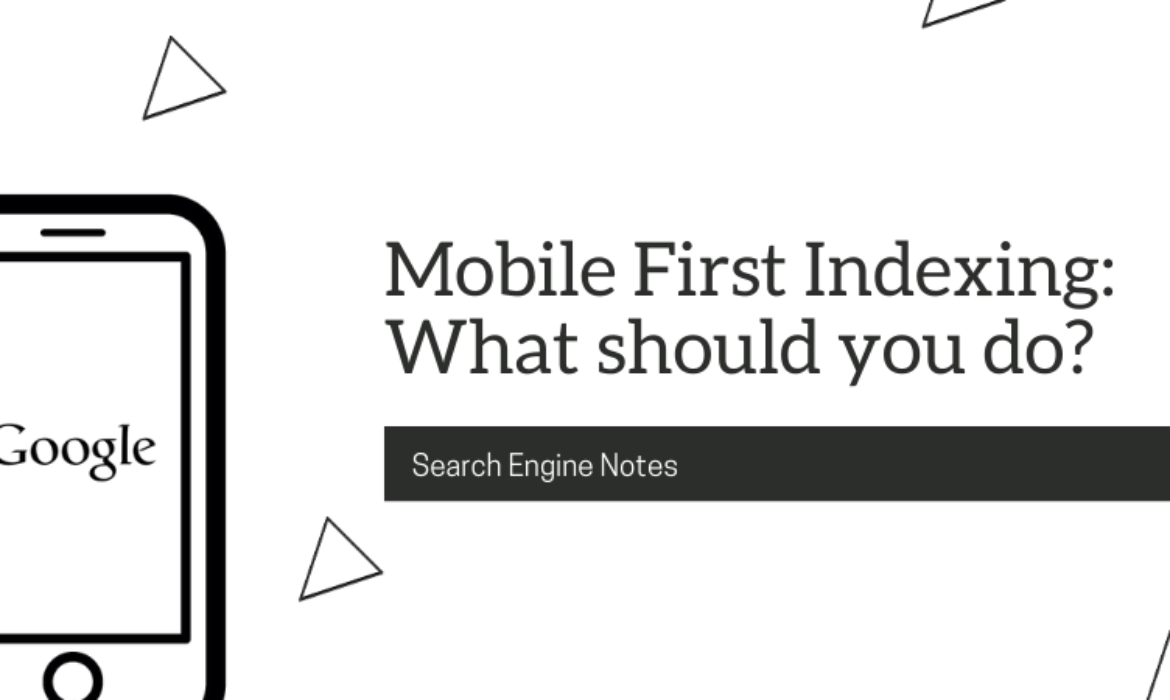 Google in their latest update announced that they are now primarily focusing on mobile-first indexing and they are planning to shift to mobile-first indexing for all websites by September 2020. As per their analysis stated in their update, 70% of all sites that currently appear in their search results have already been shifted to this new category. They have also made it clear that they will be shifting the remaining sites to this new indexing method as and when their systems identify that the sites are ready for the same.

So what does this mean? It means that there will be a significant increase Googlebot’s crawling of the web, primarily the smartphone Googlebot. According to Google they will update their index for each site’s mobile version and there will be a variation in time depending on the domain of each website. This doesn’t necessarily mean that Google will stop using its traditional desktop Googlebot but the frequency will decrease and most of the crawling for Search will be done with their mobile smartphone user-agent.

It is absolutely no surprise for SEO veterans as Google had been working on this for the past four years and we (as in the world of the internet) have come a long way and our preferences have widely shifted from desktop to mobile viewing. Google started its mobile-first indexing process long back in 2016 and we had plenty of time to get ready for this.

Some key pointers for optimizing for mobile-first indexing are:

Apart from the above pointers the top priority for mobile-first indexing is responsive web design. Google also prohibits the usage of mobile specific URLs (also known as “m-dot”)because it primarily causes issues and confusion for viewers and search engines alike.

An increase Googlebot’s crawling, particularly from the mobile smartphone user-agent is asure sign that your site has been moved to mobile-first indexing.

The following can also help you:

Google’s guidance with regards to optimizing a site for mobile-first indexing remains the same.

Furthermore, you are likely to receive the following notice if your site has not been moved over yet:

Indexing and ranking of your web pages in Google might take a hit If Google has issues with accessing your site with the mobile-crawler. The deadline is September 2020 and if you have received the above notice then it’s time for you to take action for your website to be mobile-friendly.

“The digital marketing space is evolving at an unimaginable pace every day. Brands need to keep themselves updated in order to stay in the game. We strive to help with the same.”